The first smolt reef in the world (DK)

This study examines effects of a boulder reef that will be deployed in 2023 to provide better habitats for juvenile brown trout (Salmo trutta) in the marine environment. Smolt estuarine migration is investigated using acoustic telemetry before and after the boulder reef is deployed.

Millions of brown trout eggs hatch in European rivers every year. After 1-3 years, a large proportion of the surviving juvenile brown trout migrate towards the marine environment for better food availability. Juvenile brown trout must undergo several physiological alterations, collectively known as smoltification, before they are able to survive in saltwater. When the juvenile brown trout are ready to migrate into saltwater, they are termed smolts.
Smolts are vulnerable when they enter the marine environment and adjust to the new surroundings. Smolt mortality is often high during this stage. In Danish waters, this is particularly due to predation by the cormorant (Phalacrocorax carbo). Cormorants often have a significant negative impact on local populations of smolt.
In the present study, a custom-made boulder (rocky) reef for smolts will be established in the marine park Naturpark Lillebælt in Denmark. To the best of our knowledge, the reef will be the first the smolt reef in the world, and it will be established at the River Storaa outlet, near Varbjerg Harbor (here). The reef is expected to provide important shelter for smolts when they migrate from River Storaa into the marine environment. Over time, macro algae, blue mussels and other marine organisms are expected to settle on the reef. The new coastal habitats are expected to support abundant prey for smolts.

The aim of this study is to document the effects of the smolt reef on the presence of smolts migrating from River Storaa into the marine environment.

In total, 33 TBR800 hydrophones from Thelma Biotel have been installed in front of River Storaa outlet into the marine environment. Over 78 smolts were caught in River Storaa during April and May 2022 and tagged with acoustic transmitters. The transmitters emit signals approximately once per minute. The tagged smolts were returned to River Storaa and allowed to continue the downstream migration towards the marine environment. The hydrophones near the river outlet will detect signals from tagged smolts that are situated nearby. The signals from the transmitters have a coded signal, used for identifying each individually tagged smolt.

The hydrophones were deployed until August 2022. Afterwards, tracks of the smolts will be estimated using YAPS.

Data collection will be repeated with the exact same procedure, after the smolt reef has been established. A comparison of the before and after data will uncover the positive effects the smolt reef is expected to have on the presence and behavior of smolts in the estuarine area. This information will be used to assess whether smolt reefs may be a suitable management tool for local smolt populations in the future.

We thank several local volunteers and organizations involved in the study. They have provided crucial assistance to the smolt reef project. This includes:

Funding is provided by 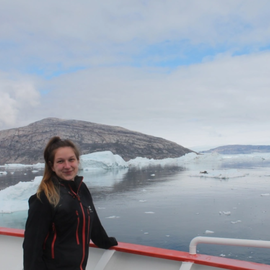 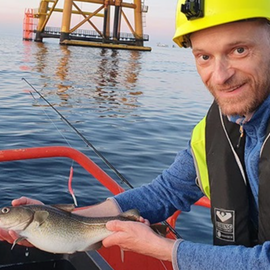