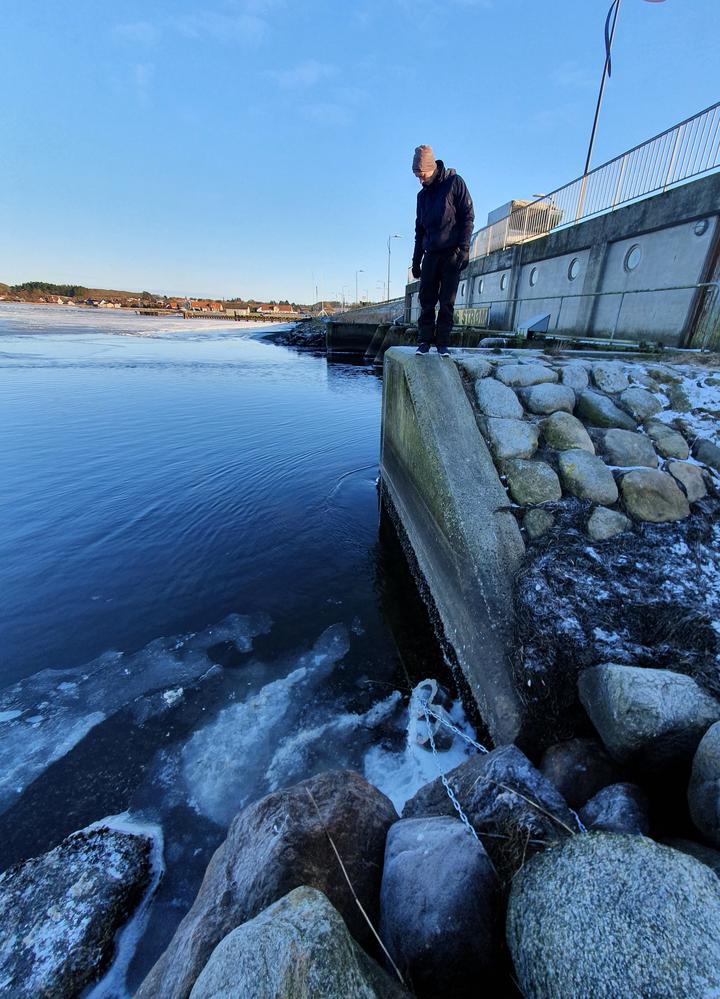 Are man-made obstacles in marine environments causing migration delays and predation hotspots for migratory fish?
To investigate this, our group is tracking the outmigration of 100 sea trout approximately 500 m on each side of a manmade barrier (a storm surge dam) in the Danish Limfjord. The barrier is 270 m wide and located 3 km and 11 km from the river mouths of the tagged fish. It has a 25 m wide opening that is only shut during stormy weather to prevent flooding of lowlands around the fjord.
Previous investigations of sea trout behaviour in the fjord in 2017-2018 revealed that all trout either died before making it to the barrier or migrated across it during March or April to utilize the open fjord compartments or the open sea beyond the barrier as feeding grounds 1. These studies only deployed simple receiver transects, but the data still suggest that migration of the fish was stalled by the barrier in spite of it being open throughout the migration period. Up to 60 harbor seals were seen foraging at the opening during daily seal counts at the barrier, making the area on each side of the barrier a potential predation hotspot.
To enable fine-scale positioning of the trout as they migrate through the barrier area, we installed seven Thelma Biotel TBR700L receivers south of the barrier and eight receivers north of it. Knowledge about the impact from such storm surge dams (used to prevent marine flooding) on fish migration timing and mortality is important in a world where rising sea levels may result in more such barriers being constructed worldwide over the decades to come.

Update February 2022 We terminated the high-resolution tracking part of the study during winter 2021-2022. Using YAPS, we succesfully tracked the trout that made it to the area covered by hydrophones. All trout that reached the barrier (coming from the South) seemingly had a hard time negotiating the barrier and get through to the Northern side. 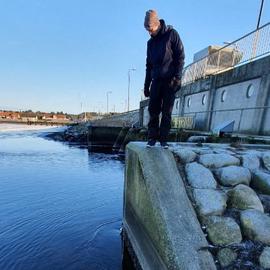